The latest computer from Sinclair! yeah, how not to talk about it ...
This specimen was made in 1985 (codenamed Derby) in collaboration with the Spanish distributor Investrónica to adapt the Spectrum + model to the Spanish market.

If we take a quick look at the shape of the computer we see that the body is identical to the plus model, same keyboard but here a nice external radiator (cooling fin) has been added and hence the nice name “toastrack” for its shape !.

Why did they change the old model?

Well, in Spain at that time taxes were imposed on computers with less than 64Kb of ram and the computers sold in their country had to have support for the Spanish alphabet.
In order to be able to sell in this market, the Spectrum 128K was created which, taking the Plus as a basis, was enriched with 128Kb of RAM, a dedicated audio chip (the famous AY-3-8912) with three channels, 32Kb of ROM with an improved Basic and an RS-232 serial port as well as an RGB video output beyond the classic RF.
All this while maintaining good compatibility with the software written for the Spectrum 48K, in fact at startup a screen is shown with the possibility of using the computer in the 48K version, using the integrated Basic or loading from the cassette. 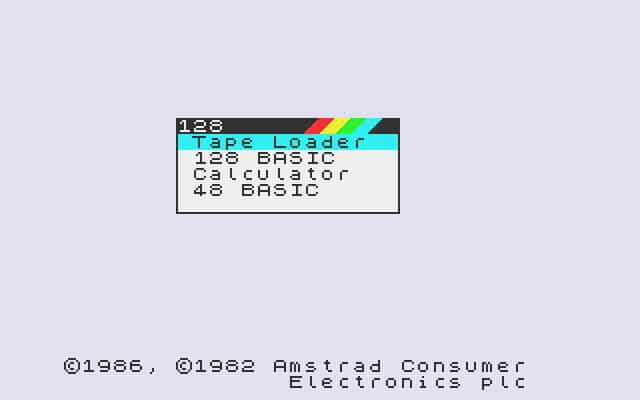 This computer, unlike its predecessors, was initially sold in Spain in 1985 and later in 1986 also in the United Kingdom, due to many Spectrum Plus not yet sold.

In the Basic commands we find, a bit like in the Commodore 128, the possibility to switch to 48k mode by writing the “spectrum” command, other commands have been added to simplify the use of the sound chip.

Speaking of the sound chip, we must say that on this model we no longer find the internal speaker, the sound generated by the computer can only be heard through a TV or monitor equipped with speakers.

Compatibility with the predecessors is not 100% due to the memory used, 128k which could not be directly addressed by the Z80, the maximum was 64k and they decided to divide the total RAM into 4 pages of 16kb, to access it they were added some commands by replacing some of the old version.

For the rest, the graphics mode has not changed from the previous models and therefore in the games for the 128k we find the classic “Color Clash” effect that plagued these computers.

Don't know what Color Clash is? 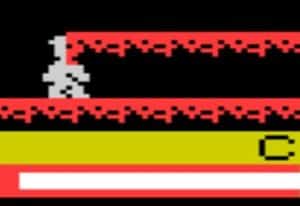 The character takes the background color 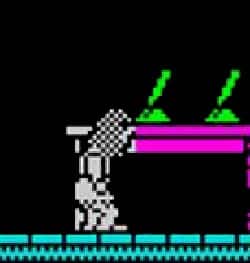 Here it is the background that takes on the color 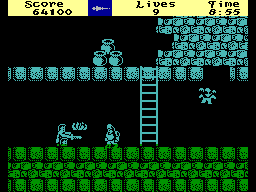 alternatively, monochromatic games of background and character were created

But now you don't have to worry about it anymore because skilled programmers have found a way to overcome this limit and now you can create new games without this problem anymore. By now the knowledge of these machines as it happens also for the Commodore has led to the creation of programs that make these computers do incredible things and never thought of in their times.

After this model we find a very similar computer but equipped with an integrated recorder, the Spectrum +2, but this was created by Amstrad after the failed acquisition of Sinclair shortly after the launch of the latter product.